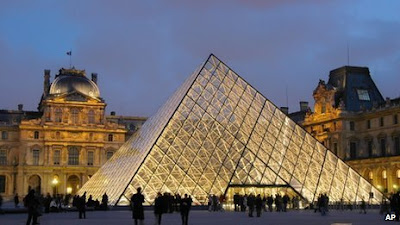 The Louvre in Paris was the most visited art museum last year, according to the Art Newspaper.

The publication's annual poll stated that nearly 8.9 million people visited the French institute, which was almost a 5% increase on last year.

New York's Metropolitan Museum Of Art was the second most visited venue, with the British Museum in third place.

Two more London museums - the National Gallery and the Tate Modern - were in fourth and fifth place respectively.

The Louvre has topped the annual list since it began in 2007.

The Art Newspaper's deputy editor Javier Pes said the institute remained popular because it is home to Leonardo da Vinci's Mona Lisa "among other treasures".