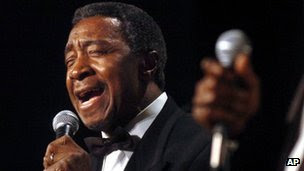 American singer Jimmy Ellis, who sang on the classic hit Disco Inferno, has died at the age of 74.

Disco Inferno, which featured the catchy lyrical hook "burn, baby, burn", was a 1976 Grammy award-winning hit for The Trammps - founded in Philadelphia by Ellis and his friends.

The band also recorded Hold Back the Night and That's Where the Happy People Go.

Ellis continued to tour with The Trammps until 2010.

He died in a nursing home in South Carolina from complications from Alzheimer's, according to his family.

The Trammps enjoyed success in both the US and UK with Disco Inferno, which also featured in the disco movie Saturday Night Fever.

The band had a constantly changing line-up, but the original members played together when Disco Inferno was inducted into the Dance Music Hall of Fame in 2005.