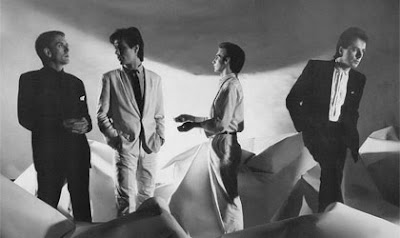 The song topped the poll by BBC Radio 2 and the Official Charts Company to find the greatest track to miss out on the number one spot.

Vienna was held off by novelty track Shaddup You Face by Joe Dolce.

Ultravox frontman Midge Ure said winning the poll had "restored our faith in the idea that the public will always recognise the good in music".

"We are extremely pleased and very humbled to have been given this honorary number one, especially knowing the outstanding records which were also in the running," he added.

Christmas favourite Fairytale of New York by The Pogues and Kirsty MacColl was voted into second place.

The 1987 hit was originally beaten to the top by the Pet Shop Boys' cover of Elvis Presley hit Always On My Mind.

Other songs to feature in the top 10 include The Beatles' Penny Lane/Strawberry Fields Forever, which was held off by Engelbert Humperdinck's Release Me in 1967 and A-ha's 1985 hit Take On Me, which was pipped to the top by The Power Of Love by Jennifer Rush.

The Who's My Generation was 12th in the list, Wonderwall by Oasis finished at 13, Adele's Rolling In The Deep was at 34 and Rocket Man by Sir Elton John was at 37.

The poll was launched to celebrate 60 years of the singles chart.

A panel of experts - including Radio 2's Ken Bruce and Janice Long, Radio 1's Annie Nightingale, Official Charts Company managing director Martin Talbot and 6 Music's Steve Lamacq - compiled a shortlist from 941 singles which have made it to number two. Radio 2 listeners then voted.

"It is also probably the most apt winner, given the fact that it was kept from the chart summit by Joe Dolce's Shaddup You Face, which has long been considered one of the biggest chart injustices of all time."

The top 40 songs will be played by Tony Blackburn in his three-hour show, The Nation's Favourite Number Two Single, from 14:00 GMT on Tuesday.