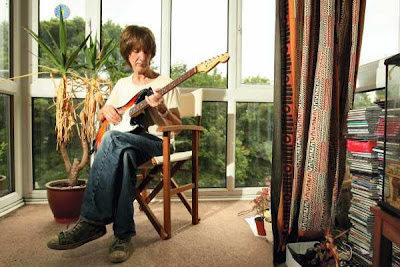 Fans of 1970s post-punk band The Durutti Column have rallied round to help frontman Vini Reilly after three strokes left him unable to pay bills.

Reilly's nephew Matt posted an appeal on the Durutti Column website saying the influential guitarist had "hit a bit of a rough patch money-wise".

"Enough has now been donated to ensure that he can pay off all of the backlog of rent that he owed," he wrote.

"He's asked me to pass on his huge gratitude to you all and let you know that no further donations are needed.

"He's explained that going forward he should be able to afford to pay his rent, but the debt relates to the period after he had his three strokes but before he was assessed for disability allowance.

"It has been a stressful time for Vini, with the constant worry of knowing that he couldn't afford to pay his debts and that could mean being evicted from the place he rents.

"But he says he now feels like you've lifted the weight of the world off his shoulders."

The Durutti Column were among the first acts signed to Manchester's Factory Records label - which was also home to Joy Division, New Order and the Happy Mondays.

"He has asked me to send his love to all of you," Matt Reilly wrote. "You've given him the best start to his new year that anyone could have asked for.

"And he's determined to fight his way back to fitness and rebuild the power in his hands so he can play guitar again.

"It's going to be a hard road ahead for him, but you've all made his life a lot brighter."