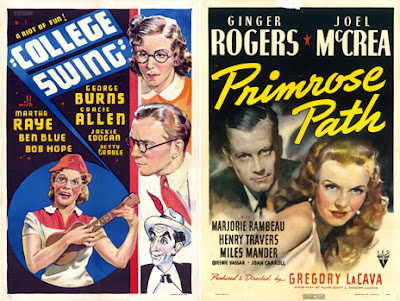 More than 1,000 original movie posters from the golden age of Hollywood have been donated to the Academy of Motion Picture Arts and Sciences.

The posters document the era of "B-Movie" film-making in the first half of the 20th Century, covering genres such as westerns, war films and musicals.

They were donated by Dwight M Cleveland, a private Chicago collector.

The Academy said the posters filled "significant gaps" in its collection and were "a dream to receive".

All 1,088 posters will be housed in the Academy's Margaret Herrick Library in Beverly Hills.

Mr Cleveland has been collecting since 1977, amassing what has been described as one of the world's largest and most historically significant movie poster collections.

"Film posters are one of the very few truly indigenous art forms of our country," the property developer said.

"By making these gifts, I hope to excite an appreciation for the works themselves among members of the general public and also set a good example for other collectors."

Posters in the library's collections are stored in climate-controlled vaults and can be accessed by film-makers, historians, journalists and students, as well as the general public.

They are frequently shown at the Academy's own exhibitions and loaned to cultural institutions worldwide.