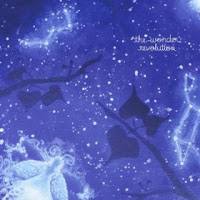 Surrounding the pivotal figure of David Lord, The Wonder Revolution is a collective of Wichita musicians and artists whose aim is to instill a sense of wonder, and in turn freedom, into people’s everyday lives.

With the exception of the occasional shaft of quiet distortion “Firefly” is the epitome of dreamy melancholia with deftly picked acoustic guitars, subtle synths and soaring vocals, producing a range of experiences; from the gently floating and pastoral to those which force themselves forever skyward, and evoke emotions of sadness through to jubilation.

“A Pond of Diamonds” is as fragile and delicate as they come and the same could be said of “Invisible Until…” until such time it erupts into a controlled and extended crescendo.