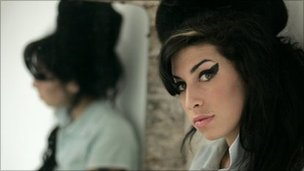 Singer Amy Winehouse died after drinking too much alcohol, a second inquest has confirmed.

The verdict is identical to the first hearing which had to be repeated after the deputy coroner was found to lack the relevant experience.

The deputy coroner had been hired by her husband, senior coroner for inner north London area, but had not been a registered lawyer for five years.

Dr Shirley Radcliffe, St Pancras Coroner, recorded a verdict of misadventure, the same as the original inquest in October 2011. The hearing also heard the same evidence as the first inquest.

The hearing was told the star was more than five times the legal drink-drive limit when she died, having 416mg of alcohol per 100 millilitres of blood in her system - the legal driving limit is 80mg.

Dr Radcliffe said the star died from "alcohol toxicity", adding it was "a level of alcohol commonly associated with fatality".

She said Winehouse "voluntarily consumed alcohol" and added "two empty vodka bottles were on the floor" beside her bed when her body was discovered.

In a written statement, Winehouse's GP, Dr Christina Romete, said she saw her patient the night before her death. "She specifically said she did not want to die," said Dr Romete.

The doctor added: "She was genuinely unwilling to follow the advice of doctors, being someone who wanted to do things her own way."

The doctor's statement also revealed Winehouse struggled with an eating disorder, where she made herself sick.

In a written statement, Winehouse's live-in security guard Andrew Morris spoke about the moment he realised she was dead.

Det Insp Les Newman confirmed there were no suspicious circumstances over the death.

The inquest was told the post-mortem examination gave the cause of death as alcohol toxicity and the singer probably suffered a respiratory arrest.

The move to hold another inquest came after an investigation found that Suzanne Greenaway, who oversaw the first inquest, did not have the correct qualifications for the role.

She was appointed in July 2009 by her husband, Andrew Reid after she had worked as a solicitor and barrister in Australia.

But she stepped down in November 2011 when it emerged that she did not have the requisite five years' experience in the Law Society.

Dr Reid resigned from his position last month after the Office for Judicial Complaints launched disciplinary proceedings against him.

Other inquests conducted by Ms Greenaway have also been reheard.