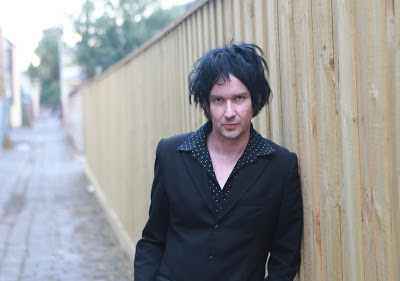 Leicester Bangs: Tell us a little about yourself, and your band.
Michael: I usually describe myself as an art-rock singer-songwriter. I guess it’s as good a description as any. I current play as Michael Plater and the Exit Keys. It’s a five-piece line-up consisting of myself, Marsden Williams (organ), Matt Palmer (bass), Pierce Brown (guitar), and Bede Swindon (drums). A musician friend recently described what we do live as “feedback-laced art noir.” Again, it’s as good a description as any.

LB: How did you start out making music?
Michael: I started out playing guitar in a few bands in Queensland. When I moved to Melbourne I gradually shuffled to the front of proceedings, and that’s where I’ve been ever since. Played in a few bands, then I did the solo guy with an acoustic guitar thing for a few years, now I’m back playing in a band situation.

LB: Whom did you grow up listening to and how do they influence what you’re doing now?
Michael: Hearing the Velvet Underground’s “Heroin” for the first time when I was about twelve years old was a key moment. I’ve always had a thing for great lyrics and “idiosyncratic” voices so guys like Leonard Cohen, Lou Reed, Bob Dylan, and Tom Waits have always been pretty big influences. There’s a lot of Australian influences that seep into my stuff as well, great acts like the Triffids, Nick Cave, and the Go-Betweens. In terms of guitar playing, guys like Tom Verlaine, Neil Young, and Rowland S. Howard are pretty key influences.

LB: Tell us about your latest release.
Michael: I’ve got a new solo album out called “Exit Keys.” It was recorded throughout 2011 by Brooke Penrose, who plays in the great Melbourne band Saint Jude. We recorded it in his little backyard studio. We recorded my vocals and guitar live and then added other instrumentation (cello, accordion, organ, piano, drums, even the odd cowbell or two). It’s been out for a month or so and has been picking up some good airplay here in Australia. 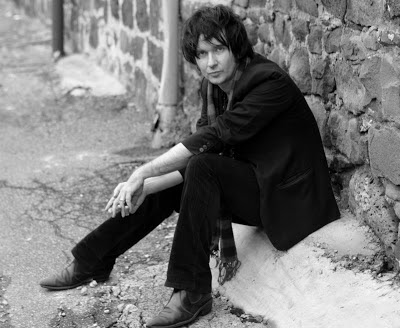 LB: Do you get out and play your music live, and if so, what can an audience expect at one of your shows?
Michael: I play pretty regularly throughout Melbourne and Australia. Live, my current band takes the music in a different direction to the album. The album is quite soft and subtle and lyrical. The band is a lot more powerful, loud, and free form.

LB: What aspects of playing and recording music do you most enjoy?
Michael: The interaction with other musicians. Just seeing how other musicians interpret your music, what they bring to the table.

LB: Where can people find (and buy) your music?
Michael: The best place to find my album online is at Bandcamp: www.michaelplater.bandcamp.com