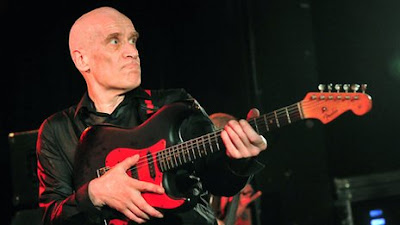 Wilko Johnson, former guitarist with 1970s British rock band Dr Feelgood, has been diagnosed with terminal cancer of the pancreas.

His manager wrote on the musician's Facebook page that the 65-year-old had chosen not to receive any chemotherapy, but was "in good spirits".

Despite the diagnosis, Johnson plans to finish a new CD and carry out a short tour of France.

There are also plans for a series of farewell gigs in the UK.

Manager Robert Hoy said: "He is not yet suffering any physical effects and can expect to enjoy at least another few months of reasonable health and activity."

"Wilko wishes to offer his sincere thanks for all the support he has had over his long career," he added.

"From those who have worked with him to, above all, those devoted fans and admirers who have attended his live gigs, bought his recordings and generally made his life such an extraordinarily full and eventful experience."

Although he was not a household name, Johnson was considered one of the most influential guitarists for his signature choppy guitar playing style - thought to have been one of the major influences for British punk rock.

After leaving Dr Feelgood in 1977, Johnson joined Ian Dury's Blockheads and formed his own group, The Wilko Johnson Band.

Johnson appeared in the 2009 documentary film Oil City Confidential where he recalled his memories with Dr Feelgood.

It sparked a revival of interest in the guitarist and a box set of all four Dr Feelgood albums Johnson wrote and played on, was released last year, as well as an autobiography.

Johnson has also had a recurring role in US fantasy series Game of Thrones, playing a mute executioner.