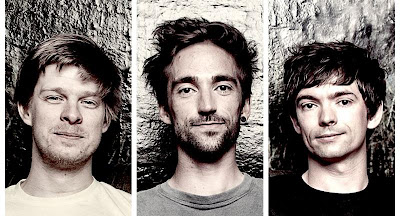 In an unusual but thoughtful move, This Town Needs Guns today announce they will be changing he band's name to simply TTNG.  The album title, 13.0.0.0.0, is a reference to the rebirth signaled at the end of the Mayan calendar, and it’s their first album with a new three-man lineup.

In a statement announcing the name change, the band said the following:

"With a new year, a new album and a new line up comes a new name for This Town Needs Guns.  2013 is a year of change for the band and we are taking what we feel is a positive step forward. From this point on we will simply be known as TTNG.

Over the years, many of you have asked where the band name comes from. As a band originating in Oxford, UK, ‘This Town Needs Guns’ was simply a name chosen by a group of friends wanting to make music together. At the time, this name was not considered particularly offensive and indeed was an ironic statement given the setting of such a historic and cultural city as Oxford.

Context plays a big part in the way a band name such as ‘This Town Needs Guns’ may be perceived. In the UK, guns are not present. Ordinarily, our police force do not even carry guns. Within this context, an idea such as a town needing guns seems too absurd to be taken seriously.

However, eight years on, things have changed. With our music now finding new cultures, the irony of the name is no longer implicit. Also, in light of the controversy over gun ownership in the US as well as tragic shootings there and elsewhere in the world, we want to distance ourselves from a band name which we are now uncomfortable with.

We hope this change of name doesn’t disappoint anyone. It is the music that is important, not the name. As Shakespeare’s Juliet said “What’s in a name? That which we call a rose by any other name would smell as sweet.’”

However, Sargent House state that the name change won’t be altered for the album artwork, or listings on iTunes, Amazon, etc. “The band is altering its name to the shorter TTNG for all of their purposes moving forward, but that won’t affect their web site URL, Facebook page, retail items, etc.”