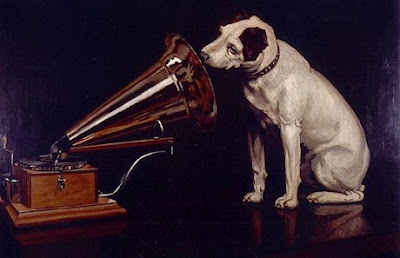 The boss of HMV has said he is confident of finding a solution to the embattled retailer's troubles.

"We remain convinced we can find a successful business outcome," he told journalists. "The intention is to continue to trade the stores."

HMV revealed late on Monday that it intended to appoint an administrator. The firm has struggled against online competition.

Mr Moore said the board would do whatever they could to support staff, while Deloitte assesses the prospects for the business and seeks potential buyers.

"I would like to personally pay tribute to the 4,500 people who work for HMV. Clearly this is a very worrying time for them and their families."

The company has said that it is not accepting gift vouchers or issuing any more.

Mr Moore did not reveal how many customers held the vouchers but said: "We're working to reconcile that number."

Over the past week, the company had redeemed a significant amount of vouchers - more than they sold - he said, but admitted they had still been selling them up until Monday.

But Allianz Insurance, which underwrites HMV's extended warranties, said it would continue to honour insurance claims made under extended warranty policies taken out by HMV customers.

Mr Moore said that trading over Christmas had been disappointing, particularly so in technology products.

"We had a very limited supply of two key brands of tablets," he said, without specifying the brands.

He said that while HMV's problems had been well documented, "the events of last night will have come as a shock to many of you".

Chief financial officer Ian Kenyon added that the company had received "amazing support" from its suppliers.

Deloitte was formally appointed the administrator on Tuesday. In a statement, Deloitte's joint administrator Nick Edwards said that HMV "continues to be a very popular brand, but as we have seen with many High Street retailers, the market is changing rapidly and conditions are currently very tough".

He added that Deloitte is working with HMV management to stabilise the business while a buyer is sought.

HMV is the last remaining national music retailer. It has 230 stores in the UK and Ireland, as well as nine shops under the Fopp brand.

News of its imminent administration has been greeted with sadness by customers and those in the music industry.

Since its first store opened in 1921, it has been one of the most recognisable brands on the High Street, with its iconic dog and gramophone trademark.

But many analysts say its demise has been inevitable over the past 20 years as it failed to embrace the shift towards online sales and digital downloads.

The expense of having so many stores, and therefore a large rent bill, is likely to have contributed to its decline, they say.

Last week, the group announced a month-long sale with 25% off prices, sparking worries that it needed to shift stock after poor Christmas trading.

In December, HMV warned that trading was so poor that it was in danger of breaching its bank loan agreements. The company's two main bank lenders are Royal Bank of Scotland and Lloyds Banking Group.

In a joint statement on Tuesday the two banks said: "The banking group led by RBS and Lloyds Banking Group have provided significant support to HMV over the past two years, as it has sought to reshape and restructure its business in the face of extremely difficult trading conditions.

"Unfortunately, despite the best efforts of management, lenders and suppliers, it has not proven possible to avoid a formal insolvency process."

HMV follows electrical goods firm Comet and camera chain Jessops into administration, but while those two companies have ceased trading, HMV hopes that a buyer can be found and the business will be able to continue on the High Street.

"There are likely to be very many options for this business in the coming days," Mr Moore said.

Founded in 1921 with its first store on London's Oxford Street.

Its trademark dog and gramophone image is taken from the 1898 oil painting, His Master's Voice, which features Nipper the dog listening to an early gramophone recording.

Moved into live entertainment but started selling off its live venues last year, including the flagship Hammersmith Apollo in west London.

Bought the Waterstones book chain in 1998 but sold it last year as its debts mounted.