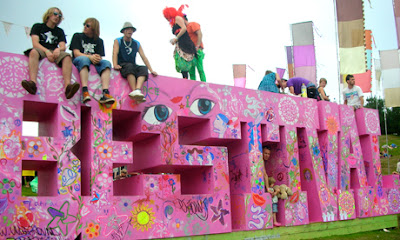 Bestival organisers have announced a charity gig in honour of the people killed and injured in a coach crash on the way back from the 2012 festival.

Kerry Lynne Ogden, 23, Michael Molloy, 18, both from Liverpool and driver Colin Daulby, 63, of Merseyside, died when the coach hit a tree.

Fifty people were also hurt in the crash in Surrey on 10 September.

Bestival organiser and Radio 1 DJ, Rob da Bank, says the team were "devastated" by what happened.

Other passengers, including Zach Washington-Young, suffered life changing injuries because of the crash.

The charity event, called Bestival Benefit, will be held in Liverpool, the hometown of the two young people who died.

It will take place on Saturday 30 March and will also feature the Cuban Brothers.

"We've been working to get an event set up to show some love and hopefully raise lots of money for those affected and their families and we're pleased it's in the home town of many of those involved; Liverpool," said Rob da Bank.

"Thanks to everyone who has rallied round and contributed to making this event happen - everyone from the DJs and live bands, to the venue Nation who are donating their time and services for free so please get the date in your diary and prepare to party for a very good cause.

"See you on the dancefloor."

Further line-up details will be announced soon and tickets will cost £16.25, including booking fees, with proceeds going to charities chosen by the families of those who died.

Bestival was recently named winner of the best festival award of 2012.

It has been held annually on the Isle of Wight since 2004.