Review: The White Elephants – 2 Singles: Can You Find My Soul?/Awkward Transitional Period & Don't Waste My Time 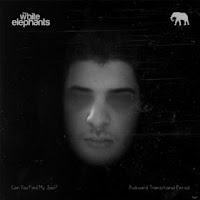 As far as I know The White Elephants is just one musician, Anthony Moscatello, though you wouldn’t know it. The records usually sound big and powerful, with full band instrumentation and a tendency to rock. After last year’s “Roses” album, there’s a follow-up collection to be released at the end of February, but before then, two singles have been made available to pave the way, the two track “Can You Find My Soul?” and the single track “Don't Waste My Time”.

“Can You Find My Soul?” and the accompanying “Awkward Transitional Period” show the full spectrum of the punk-blues-garage sound that Moscatello so ably encapsulates. The title track sits somewhere between early Hendrix and The White Stripes, and provides plenty of funky thrills. Indeed, turn it up loud and you won’t be able to stop yourself moving. Second side “Awkward Transitional Period” is an altogether different kettle of fish. Relatively restrained and with the song placed front and centre, it’s a side of Moscatello I’ve rarely heard before. 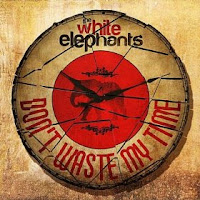 “Don't Waste My Time”, at over six minutes long, gets plenty of opportunity to build and expand. It’s mainly acoustic and controlled, with an anti-love song lyric and a hint of bitterness. The tension breaks in the final 90 seconds with a full-on electric guitar solo, with drums crashing away behind, it peaks and finally rolls away in a most satisfactory fashion.
www.thewhiteelephants.com
www.facebook.com/anthony.moscatello
Simon M.