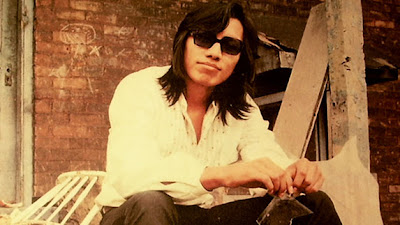 US singer-songwriter Rodriguez, the subject of Oscar-nominated documentary Searching For Sugar Man, has said he is going to play this year's Glastonbury.

The 70-year-old told The Hollywood Reporter he would perform an evening set during the festival in June.

He added he would also be playing at Coachella in California in April.

The musician, who originally had muted success in the US in the 1970s, has enjoyed a revival of his career since the docu-film was released last year.

The BBC was unable to confirm the booking with Glastonbury organisers.

This summer's festival - which takes place between 26-30 June, sold out within two hours when tickets went on sale in October.

Having lived most of the past four decades in obscurity, Rodriguez has started to become a household name again thanks to Malik Bendjelloul's film about his unexpected popularity in South Africa.

Searching For Sugar Man has also been nominated for a best documentary Bafta and won the audience awards at both the Sundance and Los Angeles film festivals.