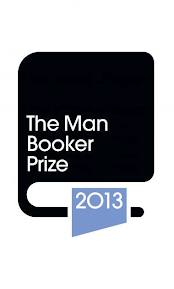 The shortlist of 10 authors competing for the £60,000 Man Booker International Prize has been announced.

The finalists come from nine different countries and include a Swiss writer for the first time.

Now in its fifth year, the Man Booker International recognises one writer for their achievement in fiction.

The award differs from the Man Booker Prize in that it recognises the author's continued creativity, development and overall contribution to literature, rather than a single work.

Robinson is the only one to have been a previous finalist, in 2011, while Marie NDiaye, at 45, is the youngest author ever to be a Man Booker International nominee.

Yan Lianke and Vladimir Sorokin have both had books banned in their home countries.

Sir Christopher said of the finalists: "Each is the author of a substantial body of published work, whether novels or short stories, either written in or translated into English.

"Some of these men and women are in their eighties, the youngest in their forties and fifties. They write in ways that are astonishingly different."

The winner will be announced at the Victoria and Albert Museum in London on 22 May.