Sales of printed books slump in 2012 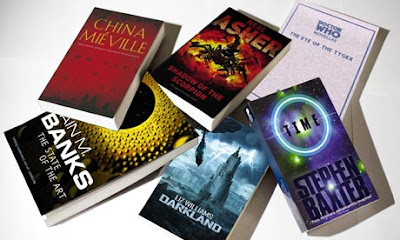 Sales of printed books fell by almost £74m in the UK last year, according to data from Nielsen BookScan.

The rate of decline slowed slightly, principally because of EL James' Fifty Shades trilogy, which accounted for one in every 20 books bought last year.

E-books continued to be popular, accounting for 13-14% of book sales.

That marked an increase of about 5% from 2011, but the value of the entire book market shrank because of heavy discounting of digital titles - with many bestsellers retailing for less than a pound.

Data collected on the sales of physical books records around 90-95% of all consumer sales in the UK, but is less robust for the e-book market.

However, Philip Stone from Bookseller said figures from Nielsen/Kantar show: "In essence, people are buying more books but they are paying less for them."

The second half of 2012 was stronger for physical book sales, as blockbuster titles from authors including JK Rowling and Jamie Oliver hit the shelves for Christmas.

The Fifty Shades trilogy is about a steamy romance between entrepreneur Christian Grey and literature student Anastasia Steele. It sold a combined 10.6m copies in print in the UK last year, making £47.3m.

The tally beat JK Rowling's record of £42.6m from 2007, the year when the final Harry Potter novel was released.

The first book in the series, Fifty Shades of Grey, is now the best-selling novel of all time in the UK.