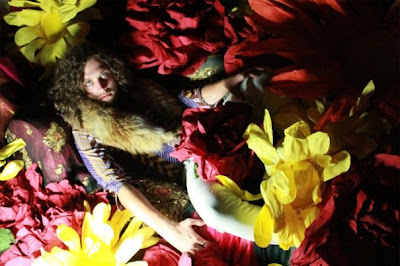 Alan Bonner, one of the UK’s most exciting singer songwriters, is about to embark on a UK tour in support of his new album Balladeer, which is set for release March 4th.  Equipped with a glorious anthology of poignant yet truly beautiful ballads, his live shows promises to be emotionally charged and will leave his audiences stunned.  Alan prides himself on not only the intensity of his performances and quality of his voice, but by the honesty and confessional nature of his songs too, delivering a fantastic performance every single time.

If you’re searching for a sensational gig, which promises to linger with you after you get home and for days after, then make sure you get yourself over to one of Alan’s shows below:

Having been compared by critics to the likes of Rufus Wainwright and David Bowie, finishing touches are being made to Alan Bonner’s second album Balladeer is out  Monday March 4th 2013. Having toured extensively throughout the UK and Europe in 2012, Bonner will be embarking on a UK tour in March 2013 before crossing the atlantic for his first US Tour in May to support the release of Balladeer, a set of beautifully crafted songs of love, loss, hope and redemption from a 21st-century Troubadour with folk leanings and a pop sensibility. With gentle orchestration by cello, piano, ukulele, accordion and guitar, Balladeer is a much more stripped-back affair than its 2008 predecessor.

You’ll hear Alan’s own unique take on the romantic and the political, the heart-breaking and the uplifting. There’s “Talia,” the heart-warming ode to a best friend, and “Rainbow Man,” a vitriolic protest song inspired by the infamous hate-killing of Matthew Shepherd. The nostalgic “Autumn” is a lonely reflection on a love long-since lost, the hopeful “Ocean” urges the listener to ‘love like you’ve never been hurt and just dive in’, and a happy-clappy dose of perfect folk-pop comes in the form of “Lighthouse Song.”