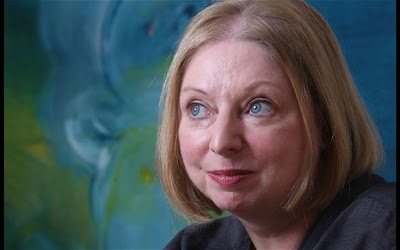 Hilary Mantel has won the Costa Book Award for her novel, Bring Up the Bodies.

The Booker Prize-winning novel about Henry VIII's adviser Thomas Cromwell beat four other books to win the prestigious prize, worth £30,000.

The judges said it was "head and shoulders" above the other contenders and was "quite simply the best book".

Dame Jenni Murray, who chaired the panel, said the judges had made a unanimous decision.

Responding to criticism about her book winning too many awards and stifling other talent, Mantel said she was "not going to apologise".

"I'm not sorry, I'm happy and I shall make it my business to try to write more books that will be worth more prizes," she said on stage.

Speaking to reporters afterwards, she said: "I was writing for many years and I was not among the prizes at all or I was the perpetual runner-up.

"Things have changed in a big way, I feel my luck has changed but of course that's not true.

"What's changed is what I'm working on, possibly a project that's played to my strengths and a project that came along just when I was ready for it".

The judges' discussion, which lasted around an hour, had considered that Mantel had already won the Booker but ultimately disregarded it.

"We couldn't allow the number of times it has already been lauded to affect our decision," she said. "It was quite simply the best book.

"[Mantel's] prose is so poetic, it's so beautiful, it's so set in its time, so you know exactly where you are and who you are with.

"But it's also incredibly modern, her analysis of the politics is so modern and everybody found there were things that just stuck in their minds that they would think about for a very long time."

A comic-style graphic memoir about James Joyce's daughter by Mary and Bryan Talbot and Francesca Segal's debut novel The Innocents were also in the running.

All five shortlisted writers received £5,000 each.