Joe Strummer has a Spanish plaza named in his honour 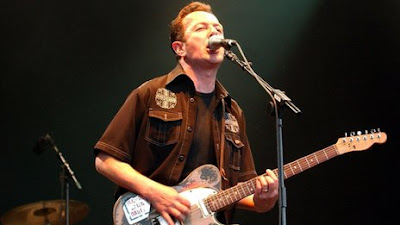 Joe Strummer is to have a city square named after him in Spain following a Facebook campaign.

More than 2,000 residents of Granada, where The Clash frontman became a frequent visitor, signed a petition calling for him to be honoured.

City hall officials agreed to the proposals and a square in the area is to be renamed Plaza de Joe Strummer.

The singer first went to the city in the 1970s with Spanish girlfriend Paloma Romero, who went on to drum for punk girl group The Slits under the alias Palmolive.

He later became involved with local band 091 - who he first heard on a jukebox in a bar - going on to produce an album for them in Madrid.

Daniel Galan from the Granada City Council told the BBC: "The initiative came from a neighbourhood association, backed by some political parties and was approved.

"It was a popular movement. It is very well known the connection between Joe and the city and people still remember him. There were some people who were friends with him and came here and (now) live here.

"Joe Strummer loved Granada, he loved the whole of Spain but he had a very good connection with Granada because he was friends with 091."

The local Spanish Socialist Workers' Party (PSOE) backed the campaign to honour Strummer's name, with a spokesman saying the musician embodied the "atmosphere of youth, rebellion, night and rock" and had "carried the name of Granada... for the entire world".