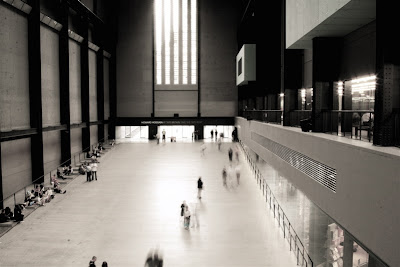 Numbers were boosted by Damien Hirst's recent retrospective, which was the most visited solo exhibition in the gallery's history.

Some 463,000 people went to the show, which ran from April - September, featuring Hirst's famous shark suspended in formaldehyde.

The Hirst show was part of the London 2012 Festival, the culmination of the Cultural Olympiad and the huge influx of visitors to London during the summer Olympics undoubtedly helped boost figures.

The gallery's underground oil tanks were also transformed into a permanent space for live art performances.
"It has been an extraordinary year at Tate Modern," Alex Beard, the gallery's deputy director said.

The gallery is currently undergoing major refurbishment, to be completed this year.