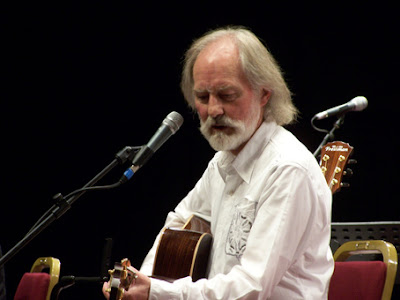 Singers Billy Bragg and Roy Harper are to be honoured with lifetime achievement honours at the BBC Radio 2 Folk Awards later this month.

Bragg will receive the Roots Award in recognition of his 30-year career as a socially-conscious singer-songwriter.

Harper, a folk rocker who started out in the 1960s and has influenced a generation of alternative acoustic musicians, will also be recognised.

Now in its 14th year, the event will be hosted by Mark Radcliffe and Julie Fowlis. Singers Sam Lee, Jim Moray and Karine Polwart lead the field in the competitive categories with three nominations each.