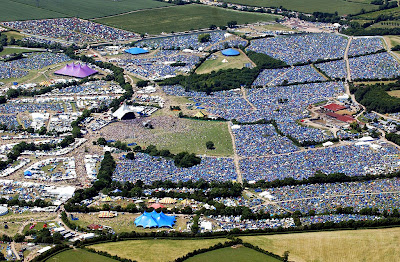 Glastonbury Festival has launched its annual emerging talent competition which gets the winning band a slot on the main stage.

Former victors include Scouting For Girls, the Golden Silvers, Stornoway, the Subways, We Have Band and Treetop Flyers in 2011.

The contest is aimed at new, unsigned artists from the UK and Ireland.

This year's Glastonbury Festival takes place at Worthy Farm in Somerset from 26-30 June.

Acts will be able to enter for one week on the Glastonbury website from 9am on Thursday until 5pm on 24 January.

To take part, acts need to send a link to a track for organisers to listen to.

A panel of 40 of the UK's top music bloggers will compile a longlist of 120 acts, which will be cut to a shortlist of eight artists by judges including Glastonbury organisers Michael and Emily Eavis.

There will then be a live final at Worthy Farm in April to decide the winning act.

Tickets for the festival sold out in a record time of 1 hour and 40 minutes last October.

Any returned tickets will be put on sale in April.