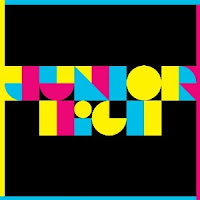 Prior to forming Junior High, Californian duo Michael Deakers and Josh Ottum have worked as producers, released solo albums and made TV and film music - Ottum even having his music featured on Mad Men, NPR and MTV.

For their eponymous debut, nostalgia for the period in pop history where the synthesizer met lip-gloss, together with summery positivity, is blatantly apparent, and they continue to camp it right up with highly polished production, crystalline electric drums and cod funk.

It would be safe and fair to name check Madonna, The Pointer Sisters, Prince, Whitney Houston and Michael Jackson as influences - as well as film soundtracks of the time - without saying they sounded precisely like any of them.

Junior High absorb influence and infiltrate the sound and feel of the age without simply becoming a mere pastiche, and are to high-camp ‘80s pop what Soundtrack Of Our Lives are to ‘70s rock.
www.tapeterecords.de
Willsk