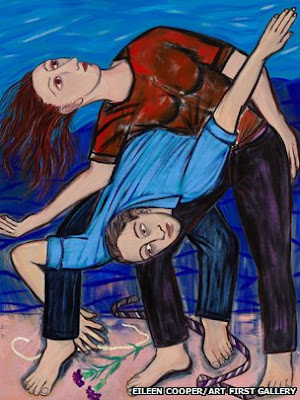 Some of Britain's biggest artists, including Grayson Perry and Tracey Emin, have donated works to be auctioned off to help fund the expansion of the Royal Academy of Arts.

More than 100 pieces from stars of the contemporary art and design world are expected to raise around £2.5m.

They include work from Royal Academians Antony Gormley and Anish Kapoor, who designed the Orbit in the Olympic Park.

The pieces will also be on display as part of an exhibition called RA Now.

The 80 Royal Academians, including Allen Jones, Richard Long, Jenny Saville and Norman Foster, were invited to contribute a piece to the project.

Many will be auctioned off in October to help fund the Academy's expansion to nearly double its size over the next five years.

"The Burlington project's aim is to make the Academy the leading international centre for visual culture for the 21st Century, offering an independent voice for art and artists," Le Brun said.

Founded by King George III in 1768, academy members are elected by their peers and include practising painters, sculptors, engravers, printmakers, draughtsmen and architects.

Le Brun said the wide range of artists who had donated pieces showed the "depth of their support" for the project, which is the Academy's most significant expansion for more than a century.

The RA Now exhibition runs from 11 October to 11 November.