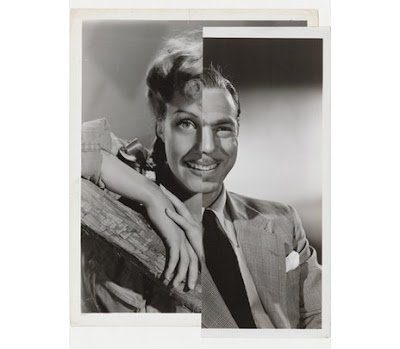 A British artist who uses other people's pictures to make his own images has won one of the world's most prestigious photography prizes.

John Stezaker was awarded the £30,000 Deutsche Borse prize at a ceremony in London on Monday night.

The collagist won for his exhibition at London's Whitechapel Gallery earlier this year.

Judges said his work was "compelling and disruptive", and "influential on a new generation of image-makers".

Stezaker's collages are a juxtaposition of old photographs and illustrations from books, magazines, vintage postcards and classic movies, which he frames to create new images.

"Within the vastness of today's image flow, Stezaker has managed to resurrect the power and uncanny mystery inherent in the still image using traditional photographic strategies, most especially collage," she added.

Stezaker described the accolade as "a great honour", adding: "Being part of the exhibition has been a wonderful opportunity to showcase my work alongside other artists whose work I respect."

Now in its 16th year, the prize is awarded annually to a photographer for their work in Europe.

The other shortlisted photographers - Pieter Hugo, Rinko Kawauchi and Christopher Williams - each received £3,000.

All the shortlisted works are on show at the Photographers' Gallery in London until 9 September, 2012.


Thinking of buying something online? Use the link(s) below to give Leicester Bangs a share of the profit.