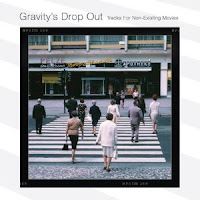 At least the album title saves having to state the music critique’s oft-cited cliché (“sounds like music for a film yet to be made”, etc.) but the concept for this collection of experimenters is better illuminated by the sleeve notes of producer, Robert L Pepper (PAS). They detail how life should be expressed through sound and vision, rather than words, that were previously used to describe them, but now tend to precede them.

Featuring PAS, Margitt Holzt, Herr Penschuck, Ebinger, Nika Son and Thorsten Soltau, it’s for the listener to visualize the music. This is no straight forward task owing to the dense, grating and obscure textures, such as: Margitt Holzt’s “Bears Head” which takes the sound of a skipping/jumping record - that would normally have the listener flying to their feet to rectify – and forces it uncomfortably onto us before assailing us further with lengthy industrial babblings and the atmospheric, angst laden, piped drones of Herr Penschuck’s “The Drig Bift Transition”, which is set to subtle locomotion. Nika Son does allows some timid and wobbly aural respite between penetrating injections of dentistry and workshops on “Jöusan”

Perhaps the title “Tracks for Movies Never Likely to be Made” may have been more appropriate!
www.alrealon.co.uk
Willsk