I Was Awake – S/T (Independent) 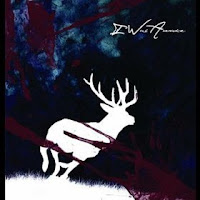 I Was Awake is an American, five-man, contemporary progressive rock band from Boston and the surrounding area. All five members are experienced musicians, having played with various rock outfits, including Autumn Above and Fallow, and that experience tells throughout their self-titled debut EP.

Though only five tracks long, because of the genre in which they operate, that equates to well over 27 minutes of music; more than enough time to make a serious impression. This they do thanks to solid songwriting and exceptional musicianship. Both principal guitarists Justin Demko and Dan Goodhue contribute immense riffs and needle point solos, building a depth of sound that can be daunting. Fortunately plenty of light and shade is provided by a three-piece string section, Chris Harvey’s vocal, both high in tone and in the mix, and arrangements that allow room for the melodies to take hold.

All five tracks come together to form an enjoyable whole, rather than provide individual highlights (though I am particularly enamoured with “The Frightened One”), and fans of Muse, A Perfect Circle and Katatonia should really check them out.
www.facebook.com/iwasawake
www.iwasawake.bandcamp.com
Rob F.