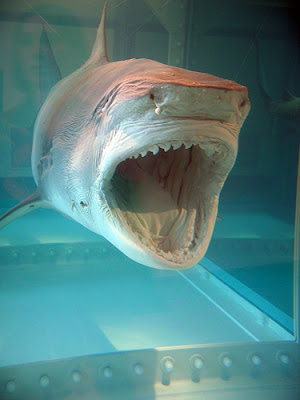 Tate Modern's Damien Hirst retrospective was the most visited solo show and second-most visited exhibition in the gallery's history, it has revealed.

Works by Hirst on show included a shark suspended in formaldehyde.

The exhibition was the first substantial survey of Hirst's work, spanning 20 years of his career.

It also featured In and Out of Love, a two-room installation involving live butterflies and his diamond skull, titled For The Love Of God.

Chris Dercon, the gallery's director, said: "We are delighted that so many people came to see and discuss the Damien Hirst exhibition at Tate Modern.

"It was wonderful to see such iconic works brought together in one place and to offer our visitors a chance to experience them first-hand."

The retrospective was open to the public from 4 April to 9 September as part of the London 2012 Festival.

The festival, billed as an "explosion of arts and creativity", ran alongside the London 2012 Olympics.