Review: Don Niño - In The Backyard Of Your Mind

Don Niño - In The Backyard Of Your Mind (Infiné) 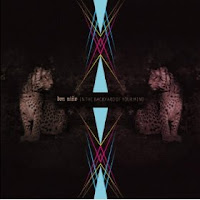 “In The Backyard Of Your Mind”, the latest album from Don Niño (a.k.a Nicolas Laureau) is largely self-composed, with occasional support mustered from brother, F. Lor (Yann Tierson, Dirty Three), Mitch Pires (NLF3), Lori Chun Berg (Bergs Sand Nipple, Herman Düne) and Luke Sutherland (Long Finn Killie, Mogwai). It’s the culmination of two years spent contemplating musical fragments and curious sounds, and the idiosyncratic outcome is as sunshiny as it is dense. His introspective lyrics are thoughtful and teem with personal analysis whilst musically he draws on folk, jazz, pop, world music and electronica.

The album is dissected midway through by the instrumental “Freebird”, which reeks of carnival spirit. The first half, with the exception of the downer folk of “Myself By Heart”, bubbles along with easy beats, like those on “Everything Collapsed All Right”, which has shades of Alfie’s upbeat jazz-folk-pop, while the second half is haggard and gothic, and contains the narcotic bossa nova of “Mellow To Blossom”.
www.infine-music.com
Willsk