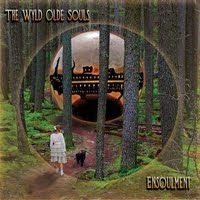 The Wyld Olde Souls – Ensoulment (My Generation Productions)
Featuring Rick Reil and Kristin Pinell Reil from The Grip Weeds, The Wyld Olde Souls are a throwback to the late ‘60s and early ‘70s when groups like Jefferson Airplane, Fairport Convention, Mr. Fox and Mellow Candle mixed up a host of influences and blazed trails in various interrelated genres including psychedelic rock and pop, folk-rock and acid-folk. Of course, as the ‘70s progressed, the bands seemed to either revert back to their folk roots or evolve into prog rockers, but for a few years on either side of 1970, there was some fantastic, original music made.

So, The Wyld Olde Souls are about 40 years too late for a tilt at the mainstream, but they’re fortunate, because that particular period of music has never been out of fashion, and they’re able enough to reproduce a sound which, though far from authentic, is still very enjoyable. First-rate production does their cause no harm, and lead vocalist Ivy Vale has been blessed with a voice that ideally suits her chosen style. Beyond the usual rock, pop and folk instrumentation, the band utilise various pieces of musical kit including electric sitar, tablas and flute, so there’s plenty of depth to their recording, and some pleasant aural surprises. Standout tracks include “Take Me There”, great strident vocals - part Patti Smith with some Shirley Collins on the side - and I can’t sign off without mentioning the epic romance of “Wyld Maiden”, but really it’s all good, and if you’re a fan of some or all of the bands mentioned earlier, you’ll find plenty here to enjoy.
www.wyldoldesouls.com
Rob F.
Posted by Bangs at 11/09/2011 01:17:00 pm