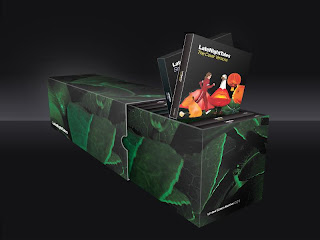 During the past week, fans have voted for the track they love the most from any of the Late Night Tales albums from the past decade. With well over 400 songs on offer the choice was broad to say the least, but a few tracks eventually climbed to the top. Sébastien Tellier 'La Ritournelle', The Cure 'All Cats Are Grey' and - quite the surprise considering it's from a rare 60's Christian psyche-folk LP - Dave Bixby 'Drug Song' were the close run top three. The Cinematic Orchestra, MGMT, Air and Groove Armada emerged as the fan's favourite compilers, each with two tracks in the top ten.

With the votes counted, the final standings were:

The top ten Late Night Tales tracks of the decade can be streamed at http://soundcloud.com/latenighttales

Late Night Tales was initially created as the musical comedown to a night of partying. The calm after the storm, if you will. Since then, however, it has diversified and taken on a life all of its own, though still with the emphasis on music that fits the wee small hours when we only have owls, a steaming cup of cocoa and the shipping forecast for company.

It would be demanding to name check all 25 compilers (the set includes the 'Cover Versions' album previously only available in Japan), but during that time we've benefited from a bewildering array of styles and choices, from the questing genre-bender Four Tet to the happy-go-lucky vibes of Sly & Robbie. Occasionally, the compiler has opted for an unspoken theme that threads their choices together like the melancholy blues of Turin Brakes' fine selection or, more recently, Trentemøller's surprising and intensely atmospheric dark pop.