BUZZCOCKS TO REUNITE WITH HOWARD DEVOTO 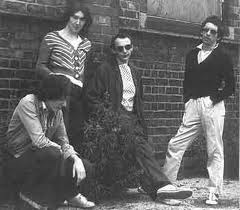 BUZZCOCKS TO REUNITE WITH HOWARD DEVOTO
The Buzzcocks will perform with co-founder Howard Devoto for the first time since 1977 next May, according to Louder Than War. Devoto formed the band with Pete Shelley in 1975, but left after the release of their debut EP, 'Spiral Scratch', subsequently forming Magazine.

According to LTW, Devoto will now join The Buzzcocks at the end of two upcoming shows, one in London and one in Manchester, and play with them on all four tracks from 'Spiral Scratch'. The dates are as follows.