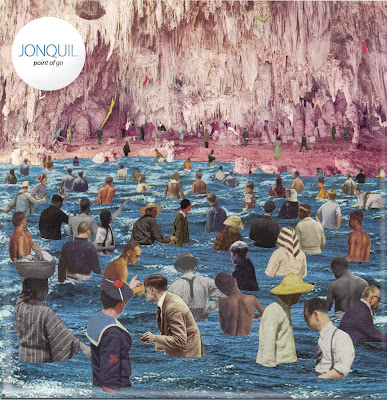 Releases First Single "It's My Part"

"[Jonquil] just puts a smile on your face and makes you feel good." - KCRW

"although all the songs have a timeless quality, it's tracks like "Fighting Smiles" and "It Never Rains" where the group's faint, retro-tinged sound really shines." - NYLON

"This Oxford, England group's jangly guitars and a bit of danciness prop up the band's anthemic songs, .. if you like the beach party vibe, stick with Jonquil." - American Songwriter "Band To Watch"

Point Of Go emerges as a glimmeringly positive step in a new direction, a record that is, in their own words, "far more poppy and accessible" than anything they've previously written. Recorded over a six-week period in a farmhouse studio it takes the band's summery flourishes and intricate guitars, and strips them back to a set of immediate, direct pop songs. With influences rooted firmly in the past - from Fleetwood Mac to The Smiths, Chic and Earth, Wind and Fire to Arthur Russell - the quartet's LP is an exercise in classic pop sensibilities held up by a modern backbone. Point of Go will be released in the rest of the world by Blessing Force; a growing community of artists, musicians and writers in Oxford (UK) that involves the band's other projects Chad Valley, Pocket House and Solid Gold Dragons.
Jonquil in Concert