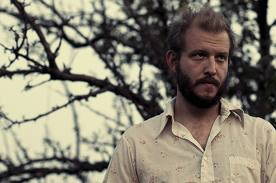 BON IVER TO RELEASE DELUXE DIGITAL ALBUM
As of 28 Nov, interested parties will be able to get their mitts on the digital-only deluxe edition of Bon Iver's second album, 'Bon Iver'. Set for release on iTunes, it will pair each track on the LP with a short film, featuring work by Bon Iver's Justin Vernon and visual artists Dan Huiting, Isaac Gale, David Jensen and JoLynn Garnes.

The press release describes it best: "The video work is meant to be consumed as a visual extension of the music, to enhance each listener's experience with one of the year's most acclaimed albums. While not music videos per se, these visual accompaniments are striking in their distinctive atmosphere, and compelling works in their own right".

The trailer for the ten films can be seen here: