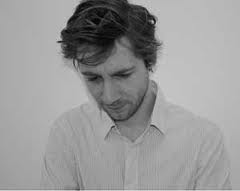 
“his songs show a lyrical mastery far outweighing anything we’ve heard for a long time. Think Johnny Cash or Leonard Cohen and you’re not far away” Dazed and Confused


Inspired by time spent in Marfa, Texas between 2010 and 2011, Sudden Fiction is the third album from Dan Michaelson since leaving his previous band Absentee.

Initially conceived as a reaction to the baron, beautiful and widescreen landscape of Texas, Sudden Fiction continues to strip back and economise on the sound produced from 2010’s Rough Trade Album of the Year Shakes, which gained the following praise ...

"your ears naturally tune into Michaelson's skill at putting words to the parts of relationships that usually stay silent. The cruel asymmetry of romance is addressed exquisitely " **** The Times
"a voice deeper and darker than most extended overdrafts - Michaelson is on endearingly poetic form" NME
“Beautiful and devastatingly direct”**** Sunday Times Culture
"a set of frighteningly good songs **** The Stool Pigeon

The title Sudden Fiction borrows from a genre who’s writing focus’s on suggesting as comprehensive a narrative as possible within the fewest amount of words, and many of these songs took a line from a book as a spring board into marrying these two ideas… the sparse landscape of rural Texas and the economic writing style pioneered by Raymond Carver and Lydia Davis amongst others.

After returning from Marfa in 2011, Dan embarked on tours with I Am Kloot, Phosphorescent and Drive By Truckers before recording the album this summer. Using a stripped back palette of piano, guitar and pedal steel, the only addition to complete the Sudden Fiction sessions was a solo Cello, a loving nod to Lee Hazelwood’s Cowboy in Sweden. Recorded, produced and mixed by Dan, Sudden Fiction is a delicate and minimal reflection, full of knocks, creaks, scrapes and footsteps, held together by a broken baritone.
Posted by Bangs at 11/14/2011 01:08:00 pm