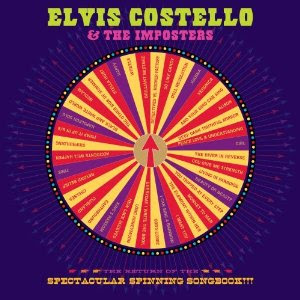 COSTELLO SAYS "DON'T BUY MY OVERPRICED BOX SET"
Elvis Costello has advised his fans not to buy a box set of his music being released by Universal, because he objects to the price it's being sold for, which is currently £212.66 on Amazon. Indicating that he has been in dispute with his label over the price of the box set release for a while, Costello called the current price point "either a misprint or a satire", and urged fans not to buy the release.

Meanwhile a statement on the singer songwriter's official website recommended: "If you want to buy something special for your loved one at this time of seasonal giving, we suggest, 'Ambassador Of Jazz' - a cute little imitation suitcase containing ten re-mastered albums by one of the most beautiful and loving revolutionaries who ever lived - Louis Armstrong. The box should be available for under one hundred and fifty American dollars and includes a number of other tricks and treats. [And] frankly the music is vastly superior".