University of Reading sketch is by Rubens 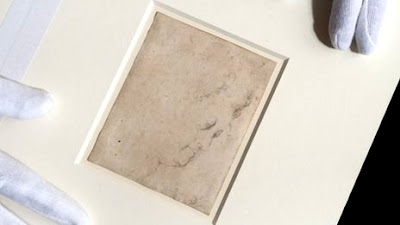 A drawing owned by the University of Reading has been confirmed as a work by 17th Century artist Sir Peter Paul Rubens.

When bought in the 1950s for £50 it was thought to have been drawn "in the style" of the Old Master.

Rubens was one of the most influential Baroque artists in northern Europe.

Prof Robins said: "[He] has a special significance for Britain because he undertook several commissions in Britain including a decorative ceiling for the Banqueting House at Whitehall.

"[This sketch] belongs to a group of portrait drawings of Marie de Medicis made circa 1622... all of which were studies for 21 life-size paintings representing Marie's life from her girlhood, coronation as Queen of Henry IV of France, to old age and exile."

Clues to the sketch's true creator arose after it was sent for conservation.

When removed from its frame it was found to have the mark of Jonathan Richardson, a noted collector of Rubens' work in the 18th Century.

Experts in Old Masters drawings subsequently verified its authenticity for the university, and Antiques Roadshow contributor Adam Schoon valued it at £75,000.

In 2010 Rubens' A Commander Being Armed for Battle fetched £9m in an auction of items from Althorp, ancestral home of Diana, Princess of Wales.

In 2002 his Massacre of the Innocents was sold for £49.5m at auction, setting a record for a work by an Old Master.

Other notable works include The Horrors Of War and Venus And Adonis.

Old Master refers to a great European painter from around the 13th to the 17th centuries.