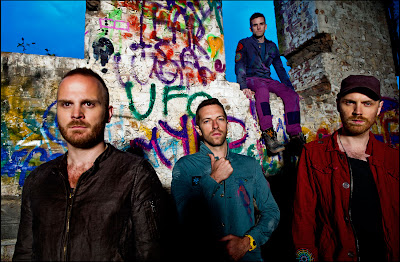 Since then they have sold more than 60 million records, had five number one albums and won several awards including eight Brit awards and seven Grammys.

"Nordoff Robbins is an organisation that lies very close to our hearts," he said.

"They provide life-changing music therapy for thousands of people each year and we're humbled to collect this award in their honour."

The band will receive their prize at a London ceremony on 28 June.

The annual Silver Clef awards honour artists from across the music industry, while raising money for the music therapy charity.

Nordoff Robbins chairman David Munns said Coldplay were most deserving of the award.

Organisers hope to raise £500,000 from the awards to fund 20,000 life-transforming music therapy sessions for children and adults across the UK.

Ten awards will be presented at the ceremony, including the innovation award to singer-songwriter and record producer, Labrinth and the classical award to trumpet soloist Alison Balsom.