Bob Dylan made honorary member of US Arts Academy 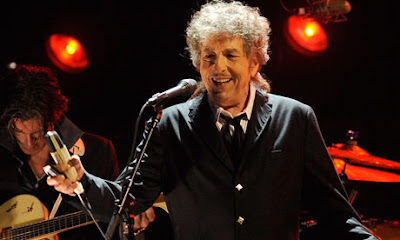 Bob Dylan has been made an honorary member of the American Academy of Arts and Letters.

Dylan, who was unable to attend the New York ceremony, said he felt "extremely honoured" and "lucky" to be admitted.

The 71-year-old said he looked forward to meeting the other members of the "pantheon of great individual artists".

Academy president Henry Cobb praised Dylan for "creating relationships that we never imagined could exist between words, emotions and ideas".

For more than 50 years, he said, Dylan had "probed and prodded our psyches, recording and then changing our world and our lives through poetry made manifest in song".

Dylan's induction was decided by a vote of the Academy's 250 members.

Virginia Dejani, the Academy's executive director, said he was made an honorary member because "what he has accomplished defies categorisation".

Cellist Yo Yo Ma, actress Meryl Streep and the directors Woody Allen and Martin Scorsese are among those to have been granted the same accolade.