Edvard Munch: 'Most comprehensive' exhibition to open in Oslo 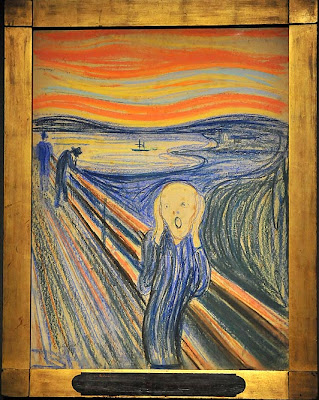 The "most comprehensive" exhibition of Edvard Munch's art is set to open in Oslo to mark 150 years of the artist's birth.

More than 270 works will be displayed, including art loaned by public and private owners from around the world.

The exhibition will run across two venues - the National Museum of Art, Architecture and Design and the Munch Museum.

Munch Exhibition of the Century runs in Oslo from 2 June until 13 October.

The exhibition will include work from the Norwegian's debut as a 20-year-old in 1883 until he stopped painting just before his death in 1944.

Last May, the artist's famous work The Scream became the most expensive art work sold at auction, selling in New York for $119.9m (£74m).

The 1895 pastel is one of four in a series by the artist and was the only one still owned privately.