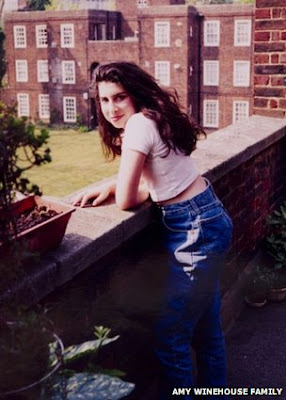 An exhibition celebrating the life of the late singer Amy Winehouse will open at London's Jewish Museum in July.

Amy's family have given the Camden-based museum unprecedented access to her belongings including her first guitar, record collection and outfits.

Unseen photographs of family life in the Winehouse home will also be on display including Friday night dinners and her brother Alex's bar mitzvah.

Her brother Alex, who along with Amy's sister-in-law Riva has helped curate the exhibition, said it was a "personal and intimate exhibition about a much-loved sister".

He added: "Amy was someone who was incredibly proud of her Jewish-London roots.

"Whereas other families would go to the seaside on a sunny day, we'd always go down to the East End. That was who we were and what we were. We weren't religious, but we were traditional.

"I hope, in this most fitting of places, that the world gets to see this other side not just to Amy, but to our typically Jewish family."

Amy's own battered suitcase full of photographs of friends and family will also be on display.

According to the Jewish Museum, Amy insisted her father came to look through the suitcase full of pictures before her death in 2011, which was the last time he saw her.

The north Londoner spent most of her childhood in Southgate before moving to Camden Town.

Amy Winehouse: A Family Portrait will open on 3 July until 15 September.