Selby & Son – To Be Young (Independent) 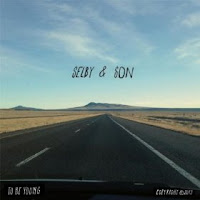 Selby and Son are father Monte Selby and his son Michael, and their stated musical aim is to blend Bob Dylan with Ray Charles, which must surely be a good thing. The elder Selby has released a number of albums (and books) over the years, aimed at kids, parents and teachers, but, as far as I’m aware, this is his first collection with Michael, and it’s aimed squarely at an audience who enjoy grown-up singer-songwriter fare, and is presented with a soulful, classic ‘70s, West Coast feel.

There’s not an awful lot of autobiographical information to be found online about Michael Selby, though if he continues to be involved in projects as enjoyable as this one, I’m sure that will change. Both generations are on fine form here, and the combination of strong songwriting, lucid melodies and two voices that naturally compliment each other is well worth tracking down. “To Be Young” begins with its title track, a rolling country-rocker, and both Jackson Browne and Ryan Adams are brought to mind. Their take on Percy Mayfield’s “Hit the Road Jack” is slow and precise, and intensely satisfying, and on “Wildfire” they employ a Stonesy funk rhythm, and a vocal that’s impossible to pin down.

With only eight tracks and clocking in at less that half an hour, perhaps “To Be Young” could have been a little longer, though if their plan was to leave us wanting more, it’s worked out perfectly for them.
www.facebook.com/SelbySon/info
Selby & Son CD Baby Page
Phil S.