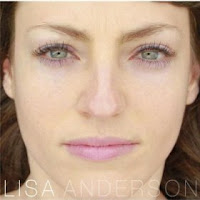 Originally from Calgary, Alberta, singer-songwriter Lisa Anderson is currently residing in Salamanca, Spain, and it’s there she’s recorded her debut record. If a Spanish influence is barely discernable, her Canadian heritage and talent for languages are represented by a song sung in French (“Bouleversée”) - and her music is reflected on her Facebook site, which is also in English and French. She incorporates pop, soul, folk, jazz and rock styles into her music, which is usually played on piano, and she sings her songs in a clear, unfettered voice that’s easy to sink into and enjoy.

The combination of different genres works well as Anderson uses elements of each to embellish her own style, rather than smother it, and as a songwriter, she knows her priorities. Her words always take centre-stage and they’re invariably worth hearing. The collection is launched with one of here best efforts “Wake Up”, which rocks hard thanks to a muscular electric guitar backing, but the melody and Anderson’s performance brings to mind “Tapestry” or “Dusty In Memphis” – it’s an intriguing contrast. “Push” is altogether jazzier, and borrows delightfully from the Café de Paris tradition, and “Adored” is altogether simpler fare, as Anderson sings alone at the piano, and draws a considerable emotional response from the listener. I think it might be my favourite song on the record.
www.facebook.com/lisaandersonmusic
www.reverbnation.com/lisaandersonmusic
Lisa Anderson CD Baby Page
Tony S.