Tonight at The Cookie Jar: We’re No Heroes + White Giant 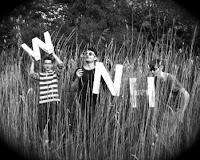 Notorious Cardiff 3 piece We’re No Heroes are set to reveal their next release. After advancing rapidly through the local music scene and gaining impressive worldwide attention from a loyal fan base in the UK and in places such as Mexico, Trindad & Tobago, Indonesia, France and the US.

Their self sufficient and unorthodox approach to music is what appeals to so many and adds to the mystery that surrounds the band and their sound. In a time where careers in the music industry come and go, where many artists are viewed as just a product, We’re No Heroes strive to be something that’s alive, timeless & accessible to all types of people.

The band at heart are lovers of hip hop, funk and electronic music from which they take the raw energy and try to inject an organic and current feel. They cite influences from artists such as Sweden’s Studio, underground funk outfit Defunkt, to current bands like Cut Copy & Battles.

This eclectic mix of musical taste and the bands originality have all added to their current and ever progressing sound. During the past year the band have been showcased on BBC Radio 1 with Jen Long, BBC 6 Music with Tom Robinson & BBC Radio Wales with Bethan Elfyn & Adam Walton. The band then gained further attention from TopShop, who included all of their current tracks on their playlist, reaching in excess of 300 stores across the UK for over 3 months.

Now the band are set for a successful 2013 with a goal of releasing an ambitious follow up EP followed by a string of nationwide shows to bring their sound to a demanding wider audience.

“This brilliant band have quietly taken over Cardiff” - The 405

“These boys are on the brink of something big. Get involved now and I guarantee they’ll be your new musical heroes before long” - The Whiteboard Project