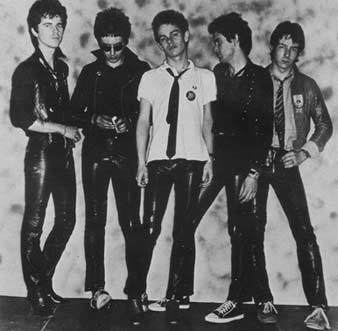 Listen to classic tracks from each album:

"First Time" from The Boys

You can also watch the original video for "Brickfield Nights" here:

Along with the Sex Pistols, Clash and the Damned, The Boys were part of the first wave of the mid-1970’s UK punk explosion. Armed with an arsenal of killer Steel/Dangerfield songs The Boys became the first UK punk band to sign an album deal in January 1977 and subsequently released two albums, their self-titled debut and the follow-up “Alternative Chartbusters” in quick succession. Highly regarded by the music press and their contemporaries, their well-crafted songs, together with Steel and Dangerfield’s layered harmonies, even led to them being described as ‘The Beatles of Punk’, but they could (and should) just as deservedly have been heralded as the English Ramones – fast, alternately brattish and tongue-in-cheek, and gloriously anthemic. 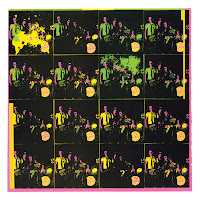 On the 35th anniversary of the original release of “Alternative Chartbusters” these two classic albums have been given a special edition deluxe release on both CD & vinyl by Fire Records. Both albums have been digitally remastered to the highest quality (personally overseen by Dangerfield) and feature sleeve notes by Dave Henderson of Mojo along with song listing notes by Dangerfield. The albums also come with bonus CDs featuring previously unreleased material including Dangerfield’s original home demo of “Brickfield Nights” and Plain’s first vocal outing on “It Only Hurts When I Cry”.

“The Boys” eponymously titled debut album, produced by Dangerfield & Steel, was released on 23 September 1977 and entered the UK charts the following week. In the intervening years, the history of punk rock has been written and re-written and a whole heap of bands have been sidelined. The Boys’ debut album, re-mastered here some 35 years later still sounds as fresh and immediate as it did back then and it also includes two classic punk rock singles in ‘I Don’t Care’ and ‘First Time’ (the latter, along with The Undertones "Teenage Kicks", the ultimate punk anthem of teenage romance and adolescent angst). The album ("The Boys") was filled with the pop punk gems, the kind of immediate salvos that would elevate Buzzcocks into the charts. 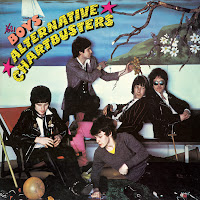 A mere six months later on 17 March 1978 their second album “Alternative Chartbusters” followed – once again produced by Dangerfield & Steel. But, as the AllMusic site now recognizes, “Alternative Chartbusters” was way ahead of its time, a buried treasure that only got dusted off much later: “Condemned at the time for offering up little more than a straight carbon copy of its predecessor, the second Boys’ album has since ascended to the pantheon of power pop greats, a combination of the band's own inestimable position at the forefront of what, by early 1978, was already a burgeoning movement, and their seemingly effortless grasp of the rudiments of, indeed, a great pop song.”

And people were still noticing many years later. Take this from Amazon in 2004: “If this album was released today, The Boys would be as big as The Strokes.”  The Boys remain a timeless concept, a flash of short, sharp angst, a fleeting Beatles-esque harmony, a crunching but melodic set of chords that it’s hard not to be excited by.
More info:
www.firerecords.com/TheBoys
www.theboys.co.uk/FIRE.htm