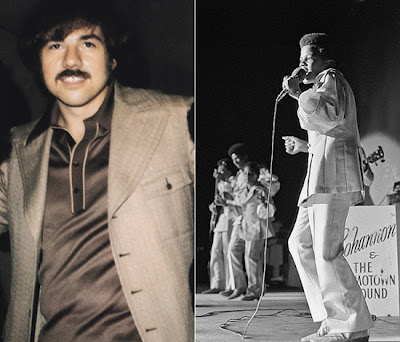 Motown songwriter-producer Deke Richards, who was behind songs including The Jackson 5's first three number one hits, has died aged 68.

The musician, whose real name was Dennis Lussier, was leader of the Motown songwriting, arranging and producing team The Corporation.

Their hits include The Jackson 5's chart-topping I Want You Back and ABC.

Richards was also involved in the band's third number one I Want You Back and co-wrote Love Child for Diana Ross and The Supremes, as well as Ross's solo track I'm Still Waiting.

He produced and wrote for Martha Reeves and the Vandellas and Bobby Darin.

The Corporation, which comprised of Motown label head Berry Gordy, Alphonzo Mizell, Freddie Perren and Richards, was assembled in 1969 to create hit records for the label's new act, The Jackson 5.

They also wrote, produced and arranged the band's singles and Maybe Tomorrow and Mama's Pearl.

According to Michael Jackson biographer, J. Randy Taraborrelli, Mama's Pearl was originally called Guess Who's Making Whoopie (With Your Girlfriend).

But Richards had the lyrics changed to preserve the young frontman's innocent image.

The Hollywood Reporter said Richards' "love of music" kept him involved with a variety of projects, including last year's production of The Jackson 5's Come and Get It: The Rare Pearls, featuring rare and unreleased tracks.

Richards' final work was the mixing of eight unreleased tracks by Martha Reeves and The Vandellas for the band's 50th anniversary box set, which is to be released on 5 April.

He is survived by his wife, Joan Lussier, a brother and two nephews.