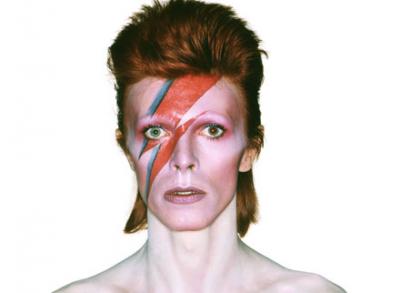 The upcoming David Bowie exhibition at London's V&A has become the fastest-selling in the museum's history.

More than 42,000 advance tickets have already been sold for the retrospective which opens to the public on Saturday.

Sales are more than double the number of advance tickets of the museum's previous exhibitions.

David Bowie Is will explore the creative processes of Bowie as a musical innovator and cultural icon across five decades.

The singer's first album in a decade became the fastest-selling of the year earlier this week.

The Next Day is the 66-year-old's first number one since 1993's Black Tie White Noise.

Although Bowie is not directly involved with curating the V&A exhibition, the David Bowie Archive gave the London museum "unprecedented access" to pick out flamboyant costumes, early photographs and other memorabilia.

On display will be more than 60 stage-costumes including Ziggy Stardust bodysuits (1972) designed by Freddie Burretti, Kansai Yamamoto's flamboyant creations for the Aladdin Sane tour (1973) and the Union Jack coat designed by Bowie and Alexander McQueen for the Earthling album cover (1997).

Personal items such as handwritten set lists and lyrics, as well as some of Bowie's own sketches, musical scores and diary entries will also be shown.

Bowie's innovative approach to creating albums and touring shows centred around fictionalised stage personas, with 1972 marking the birth of his most famous creation Ziggy Stardust - a human manifestation of an alien being.

Ziggy's androgynous and otherworldly appearance had a powerful influence on pop culture and signalled a challenge of social traditions.

His many hits over the years include Space Oddity, Changes, The Jean Genie, Young Americans, Ashes to Ashes, China Girl and Let's Dance.