Pink Floyd album to be preserved by US Library 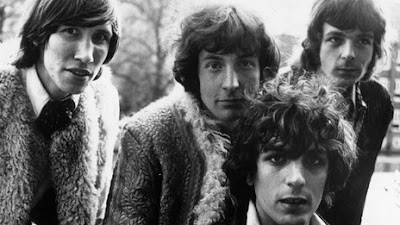 Pink Floyd's The Dark Side of the Moon is to seal its place in history at the US Library of Congress as part of its National Recording Registry.

Joining it will be Chubby Checker's 1960's dance hit The Twist and Sounds of Silence by Simon and Garfunkel.

Each year, 25 "culturally" or "historically" significant recordings are added to the registry, established in 2000.

Garfunkel, 71, said he was thrilled and flattered to have his work preserved.

His song The Sound of Silence, written after the assassination of President Kennedy in 1963, initially flopped, only becoming a hit after it was re-edited.

Its subsequent success prompted the duo to reunite and record another album entitled Sounds of Silence in 1966, which Garfunkel said was a life changer for him and his partner, Simon.

"When you look at the little mesh, wire microphone and you address people on the other side of the mic, you hope that your performance will be special, and you hope that it will have lasting power,"

He added that he remembers thinking in the 60s that "if we do really good and give a very special performance to these great Paul Simon songs, we might last right into the next century and be appreciated".

The recording that received the highest number of public nominations for this year's registry was The Dark Side of the Moon, Pink Floyd's groundbreaking 1973 album.

The library said it was an example of "brilliant, innovative production in service of the music".

The selections, which span from 1918 to 1980 also feature recordings that capture the political climate of the period, including Jimmy Davis' You Are My Sunshine (1940) which became President Herbert Hoover's election campaign song while running for governor in Louisiana.

It became one of the most popular country songs of all time and the state song of Louisiana in 1977.

Other recordings chosen include the soundtrack to the popular 1977 movie Saturday Night Fever, starring John Travolta and featuring the Bee Gees, which revived the disco craze and the original 1949 cast album for South Pacific.

The classical pianist Van Cliburn's Cold War performance when he won the prestigious Tchaikovsky International Piano Competition at 23 also was selected. The American musician who performed for every US president since Harry Truman, died in February.