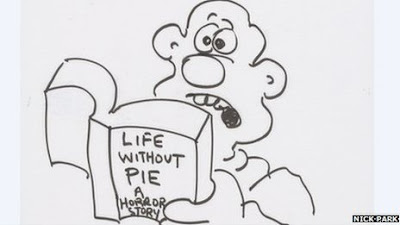 Art lovers have been queuing for days to be in with a chance to buy artworks by some of the country's top creative names for £45 each.

Works by designer Sir Paul Smith and photographer David Bailey were among those on sale at at the Royal College of Art in Battersea, south London.

More than 2,500 miniature artworks went on sale on Saturday morning.

But it was something of a gamble for budding art collectors as the designs are all anonymous.

Their signatures on the back were only being revealed after purchase.

People have been camping outside the RCA site in Battersea since Tuesday to be among the first with a chance to snap up the postcard-sized pieces, a spokesperson for the college said.

In its 20th year, organisers of the RCA sale hope it will raise more than £120,000 for a fund to support emerging artists.

The event has made more than £1m for artists' grants and bursaries since it was established.

Artists who have previously donated works to the sale include Yoko Ono, Anish Kapoor and Tracey Emin.

RCA Secret curator Wilhelmina Bunn said: "The breadth of artistic styles make a visually stunning exhibition, with contributions by artists and designers from all walks of life displayed next to each other."