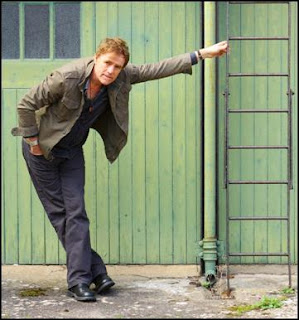 Martyn Joseph
Thuesday 11th April
£15adv £17door
plus Luke Jackson
www.martynjoseph.net
www.lukepauljackson.co.uk
Martyn Joseph is as performer like no other. Touring in support of a brand new studio album “Songs for the Coming Home”, shades of Springsteen, John Mayer, Bruce Cockburn and Dave Matthews there may be – but he stands in his own right, built on a reputation for giving what thousands have described as the best live music experience of their lives.

There is a versatility to Martyn’s music that is hard to categorise. Many have tried, resulting in labels such as Folk, Rock, Soul, Folk Funk and Americana; all of which somehow miss the mark. But sometimes music doesn’t need a defining genre and with the ability to articulate a sense of the bigger picture, Martyn’s songs are pictures, and stories, and feelings all put to music and delivered by a master craftsman.

“Martyn is one of our most intelligent writers. He gets better and better like the finest of wines” – Bob Harris

“One of the most charismatic and electrifying performers in Britain today” - Tom Robinson, BBC 6